Simply one of the most accomplished male Barbadian entertainers of our time.

Mistah Dale has flown under the radar to many, yet his monumental accomplishments speak so clearly for themselves. As an artist within the soca genre, he has been able to secure victories and / prominent placements in many of Barbados’ national contests, and ranks among the most successful of this century.

These victories include winning the coveted People’s Monarch title on multiple occasions (2007- Soca Junkie, and 2010- Drop it), making him the only artist to achieve this feat.

One of the highlights of his career to date has been his selection as one of only 6 from some 300 artistes to represent The Caribbean as a musical Ambassador and perform at the 2012 London Olympics Diaspora Showcase and it does not end there.

He is a six- time Barbados Music Award winner, and has also won a prestigious International Soca Music Award, presented in New York. His videos on Youtube have received hundreds of thousands of views, and he has also received the Dame Elsie Payne Award, one of the island’s most prestigious honours.

He is one of Barbados’ most in-demand and consistently successful songwriters, having penned bona-fide hits not only for himself, but also for Trinidad’s soca diva Destra Garcia, Global soca queen Alison Hinds, Jamaica’s Spragga Benz, and soca stars Natahlee and Mikey.

Mistah Dale consistently ranks as one of the leading members of COSCAP annually with respect to royalties from airplay, making him one of the most played artistes on Barbadian radio for the past decade, and easily one of the most accomplished songwriters.

His performances have taken him across the globe, most recently on seas, with performances on a luxury cruise liner. However, his key goal is to headline a residency in Las Vegas, and to be among the first soca artistes to be nominated for a Grammy Award.

No stranger to major record labels (he was featured on numerous VP Records’ Soca Gold Compilations, and VP has digitally released his singles on a global scale) he is also keen on being distributed by a major label whether with treasures from his back catalogue, or with singles currently being recorded. 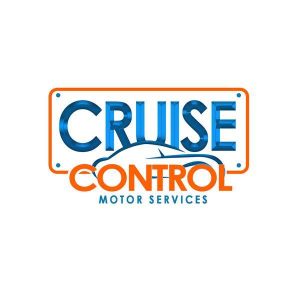 Drop us a line

Processing...
You must fill all fields
You must enter correct email
We have error while sending your message
Your message has been sent